“He was a mean and vain man” 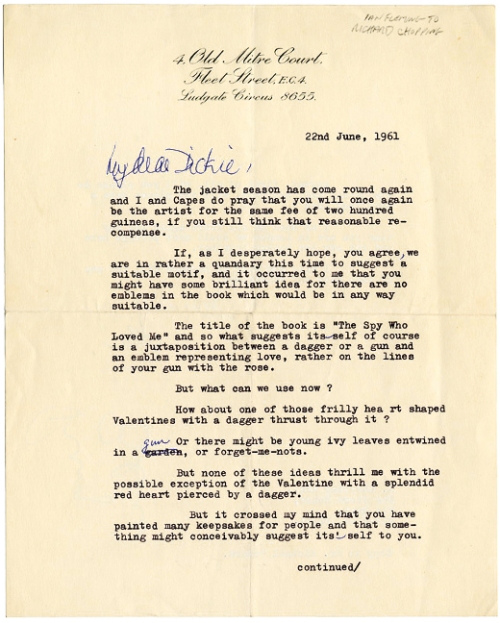 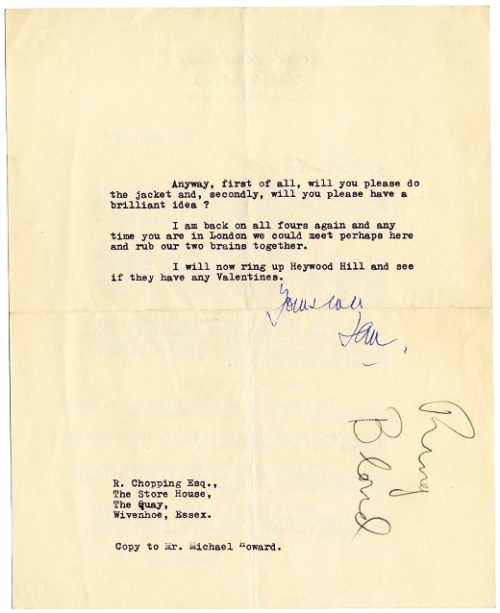 He was a mean and vain man. I regret having anything to do with him. The paintings I did for his dust jackets are now worth thousands and they sold as many books. But he would not even let me have me royalties. Quite honestly, I’m sick to death of it all […] I have been swindled all the way along the line. I was quite fond of doing the early work but it became a bore and I hate the books.

I’ve already written here on the quite strange professional relationship between James Bond author Ian Fleming and the artist who did all the classic hardback covers for the series published by Jonathan Cape in the 1950s and 60s, Richard Chopping. I was just lead to this post in which we can read a document that sheds light into that relationship, and illustrates the inherent tension in the work of an “artist” in the commercial publishing arena, an artist who was himself a rather peculiar man. This is a letter sent by Fleming to Chopping on the 21st of June, 1961. In an interview given some years after Fleming’s death, Chopping got a chance to say what he really felt about the man and the books (and made it very clear where he had wanted to stick the dagger he had painted on the cover of The Spy who loved me…).

One response to ““He was a mean and vain man””